If your dog misbehaves all the time your relationship with the dog will turn sour sooner or later. That is why using the following puppy training tips on obedience is very important in the dog and the owner’s lives at an early stage.

In this article I cover tips and tricks to re-establish the dog owner’s dominance over the dog before it leads to disobedience.

There’s a difference between disobedience and incomprehension. If your dog is not obeying a command because he doesn’t understand what it is you want him to do, that is not a behavioural problem at all; it simply means that you need to spend more time together in training.

True disobedience occurs when your dog deliberately does not obey a request or command, although he has full knowledge of what it is that you’re asking him to do. You will know this because he has performed it reliably on several occasions before.

Although this may seem like a relatively minor inconvenience, it’s actually a pretty serious thing – not only can it be dangerous for your dog but it’s also detrimental to your relationship with your dog. Otherwise, your dog might become a real troublemaker later on.

For example, if he is heading towards a busy road and ignores your ‘come’ command, he can get bumped by a car or cause an accident.

There are a lot of unacceptable dog behaviour issues that need to be addressed by the owner before they get out of hand.
Some dogs are constantly
• biting people
• chewing things
• barking at people or just barking loudly all the time
• making the house dirty
• breaking their leashes
• and digging up the lawn.

Naturally, the owner will get fed up with the dog and must initiate his puppy training tips on obedience  immediately.
Puppy obedience training will probably not turn your dog into a little canine angel. However, you will be able to control it when you want to, if you train it properly. You could turn to a dog trainer for help but nowadays you can find all the information that you need through various books, DVDs and articles on the internet.

You can use these puppy obedience training tips on your own. However, if you are impatient and short-tempered you will first have to train yourself to be patient!

You also need to teach your dog some basic dog obedience commands. Don’t think of the task as a hard, boring thing. You can have fun with your dog while training it. Puppy obedience training could involve training a lot of tricks. Children might be even better than some adults at teaching tricks to their puppies.

Disobedience is rooted in disrespect

When your dog deliberately does not obey you, he’s saying, “I don’t respect your authority enough to do what you want me to do”. If you allow him to get away with this, you are allowing him to form the habit of passive-aggression.

This is not something that can just be left to “fix itself” – the problem will worsen, not get better, if you leave it for too long. It is very important that your dog recognizes that you outrank him in the social hierarchy of the household.

The concept of alpha status is one that you need to be familiar with in order to maintain a healthy, functional relationship with your dog. It may sound cruel from a human perspective, but your dog is happier when he knows that someone else is in charge of making all the decisions – including his day-to-day behaviour and obedience levels.

It is not possible to have a good owner/dog relationship if he does not understand that you are the clear-cut authority figure: he must know that he is beneath you in the chain of command.

Your first step in dealing with generalized disobedience is to re-establish your dominance.

Here are some tips on doing so:

1. When leaving the house and the car, you must always leave before your dog. This is unmistakably alpha behaviour: to a dog, only the alpha leaves first. If you allow him to exit the house or the car ahead of you, you are saying to him, “You’re stronger than me; you should go first because you’re the decision-maker”.

Inside doors aren’t so important, but every time you leave the house or the car to go outside, you must make him wait for you to go first, until you release him from the ‘wait’ with a release-word.

2. Make him wait for his food. Your family and you must always eat before him – if it means he has to wait an extra half hour or so for his meal, it won’t hurt him in any way. When you put his food down for him, make him sit and wait until you release him to eat.

Do not always feed him at the same time but keep his feeding schedule varied, so he’s always aware that you’re in charge of his food. Do not allow him to form expectations of when he should be fed.

Keep certain areas of the house strictly for your own access as well as your bed, certain pieces of furniture, or some rooms.

4. Never allow your dog to initiate play. If he’s nudging you for attention or to start a game, you may think that it’s cute and affectionate; but what he’s really saying is, “I’m the boss and I’m telling you to play with me right now.”

If he starts bothering you for attention, ignore him for a few moments: get up and do something else. Wait until he’s given up before initiating the play yourself. Playtime is a fantastic way to bond with your dog, but it should be done on your terms, not his.

5. When you arrive home, do not rush straight over to him and shower him in affection. That is not alpha behaviour at all – an alpha dog, upon arriving home, doesn’t go over to the other dogs and throw himself at them, saying, “Here I am! I missed you guys! Let’s have a cuddle!” – he ignores everyone else, relaxes for a short while, maybe has something to eat, and only interacts with them when he’s good and ready.

Even though you are probably good and ready to interact with your dog as soon as you get home, it will make more sense to him – and underscore your authority – if you ignore him for just three to five minutes upon arriving home.

6. Another fantastic way of counteracting disobedience is to start – and maintain – a basic obedience training plan. You don’t have to do anything fancy or super-demanding; just ten minutes a day of learning and enforcing commands. This can drop to five minutes a day once your dog is completely reliable with the commands.

Here are some tips for a good training program:

7. Never give a command that you cannot reinforce immediately – if he chooses to disobey you. Every time your dog takes the opportunity to ignore your command, he’s learning that it’s both easier and a lot more fun to ignore you.

For example, if you call across the park for him to ‘come’ as he’s playing with some other dogs, the choices are clear-cut to him: he could cut his play-time short and come to you, or he could ignore you – which is easy, since you’re so far away – and continue to have fun.

Until your dog is completely reliable with commands, he should be on a long line or retractable lead so that you can enforce them if necessary.

8. Remember to use your voice to the best effect. Praise should be in a light, cheery, happy tone of voice; if possible, smile at the same time. It makes a difference to your tone of voice, and most dogs will study your face to make sense of your expressions, too.

Corrections should be uttered in a stern, brook-no-nonsense tone: you don’t need to shout, but your voice should be low and authoritative.

When you’re verbally interrupting your dog, it is more effective to shout, “OI!” or “Ah-ah-ah!” rather than saying, “No”. The sounds are more clear-cut, and you’ll get a better response.

9. Do not repeat a command. Remember, you should be training on a leash or a long line: if he ignores you, he gets a short, sharp tug (some call it a ‘flick’) on the lead to remind him that you’re present, and you’re in charge. Repeating yourself teaches him to wait for the command to be repeated at least once before he obeys you.

10. Five to fifteen minutes per day is an adequate amount of time for training. Any more than this in one sitting, and your dog’s concentration will likely lapse: fifteen minutes of intense training, where your dog is concentrating hard on what you want, is enough to send even the most energetic dogs to their beds for a snooze afterwards.

You can move on to more advanced training and ‘tricks’ if you feel like it, once your dog’s got the basics completely sussed; but it’s not something that you should feel like you have to do.

11. Another great option is formal obedience training classes. They are a great way of socializing your dog.

• This way he gets to interact with other dogs and their owners. This also teaches him to concentrate on what you want despite various distractions taking place around him.

• It is also very helpful to have face-to-face contact with a trained professional: they can pick up on any mistakes you might be making, and give you advice for tightening up your training techniques.

• For instance when it pulls at the leash when you take it out on a walk.

Obedience puppy training has a lot to do with standing your ground. You must also reward your puppy for good behaviour.

• For example, you may have seen trainers giving biscuits to puppies after they complete various tricks.

Your relationship with your dog should not be one based on fear. This type of puppy obedience training is very wrong. The puppy should obey you because it understands your intentions and not because it is scared of you. Don’t be too harsh on the puppy especially, when it is very young.

Start training your puppy as early as possible. Time constraints might obstruct puppy obedience training but try to find as much time as possible. The training will be tough and can get harder at first, but with intense training and consistency the job will become easier. Always keep this in mind.

Proper puppy obedience training would leave both you and your dog happy. 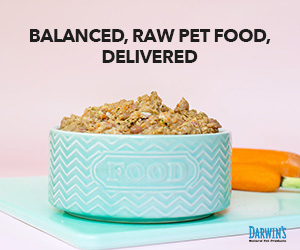